Pictures from the Seychelles - Mahe 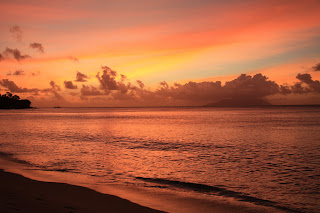 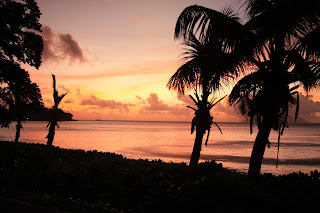 Pictures from the Seychelles - Mahe

The beach at Beau Vallon and sunset. 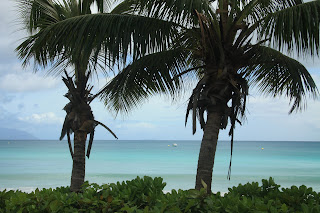 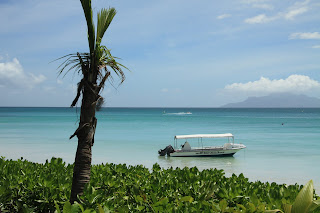 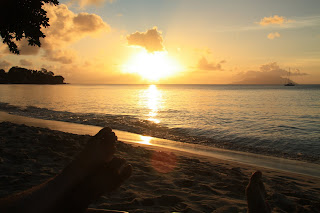 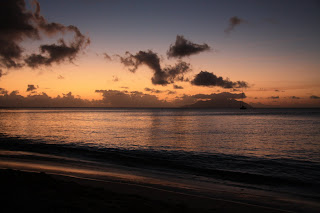 Pictures from the Seychelles - Praslin 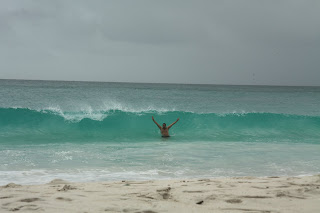 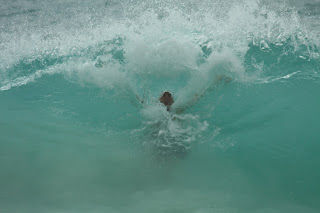 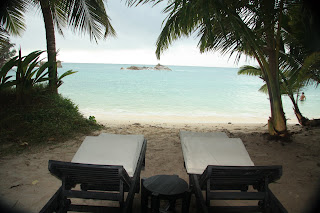 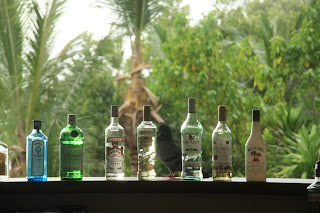 Pictures from the Seychelles

A green lizard outside our door and the beach at Lemuria Resort on Praslin. 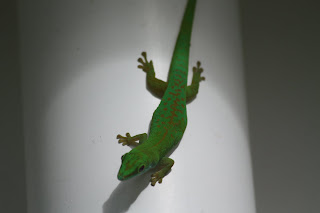 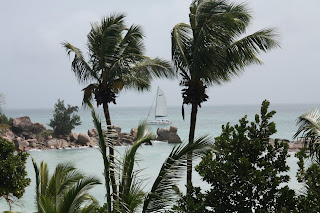 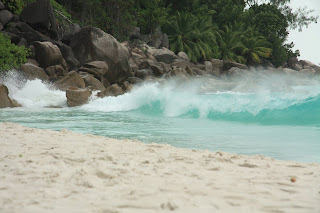 Wednesday, August 11 – Today we were off to Lemuria Resort, a five star resort that allows a just few “outsiders” to use their facilities for the day. You have to have a reservation and we had tried all week to get in. Wednesday was finally the day. As luck would have it, we awoke to rain, rain and more rain, that never seemed to go away. The resort was impressive with several pools, a gorgeous golf course, tennis courts, several restaurants and three separate beaches. We spent much of the morning using their internet, doing some much needed catching up at the blog. We had a scrumptious lunch and then headed down to Anse Georgette – the nicest of their 3 beaches. The rain had stopped, though the clouds still lingered. At Anse Georgette the waves were enormous and Keith did a little body surfing. After the beach we enjoyed the pool for a little bit and then headed out, calling it a day.

Thursday, August 12 – Today was travel day. We were up early to catch the 9:00 am ferry from Praslin to Mahe. The seas were quite rough and a bit wet and I was very happy I had taken my Dramamine. We hopped in a cab as soon as we arrived and headed to an area of Mahe called Beau Vallon. Beau Vallon supposedly has one of the most beautiful beaches on Mahe and also be a good tourist destination. We checked into our resort on the beach which housed several restaurants, a pool and a casino. The beach was beautiful though not as quaint or as quiet as La Digue or Praslin. After lunch we grabbed some provisions, walked the beach and enjoyed the sunset.

Friday, August 13 - Today was a wonderfully lazy day and absolutely nothing of excitement happened. We slept in, sat by the pool, lounged about on the beach, enjoyed sunset over a bottle of wine and overall just enjoyed the day.

Saturday, August 14- The morning started off by checking out Victoria, the capital of Seychelles and one of the smallest capitals of the world. There were a couple of souvenir stores, where I made a few purchases and a big local market, complete with a very smelly fish market. After 2 hours or so, Keith and I had had our fill and we headed back to the hotel. The rest of the day was spent enjoying the beach and the pool – a perfect way to spend our last full day in the Seychelles. We had a couple of cocktails over sunset and then treated ourselves to a delicious and very gluttonous creole buffet and bbq (with my favorite dish being curried shark).

Sunday, August 15 – Today was travel day. We were up bright an early to catch an 8:00 am flight back to Johannesburg. We were sad to bid paradise farewell, though we were a little happy to be getting one step closer to getting home. It was a 5 hour flight, followed by the usual customs and immigration. We had booked a hotel right by the airport at Emperor's Palace and within an hour of landing, we were all checked in and having a delicious lunch. The rest of the day was lazy as neither Keith nor I had slept well the night before.

Monday, August 16 – Today was a do nothing day. We hung around Emperor's Palace, taking advantage of the entertainment and the restaurants.

Tuesday, August 17 – Today we began our long journey long home, starting with a 9:45 pm flight from Johannesburg to Cairo...
Posted by kb2 at 3:28 AM No comments:

Pictures from the Seychelles - Praslin 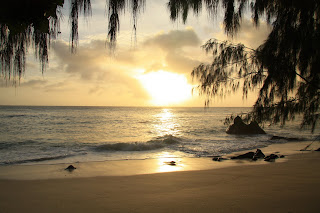 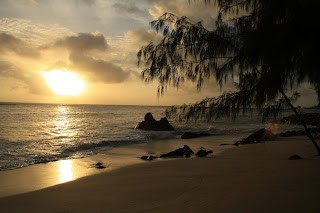 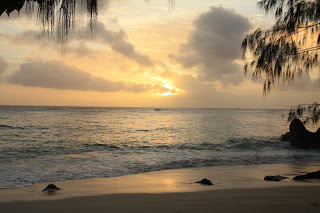 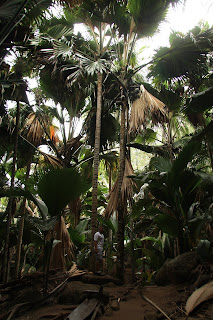 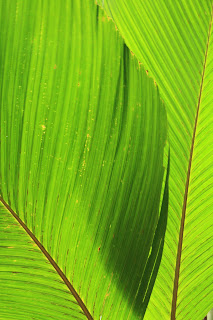